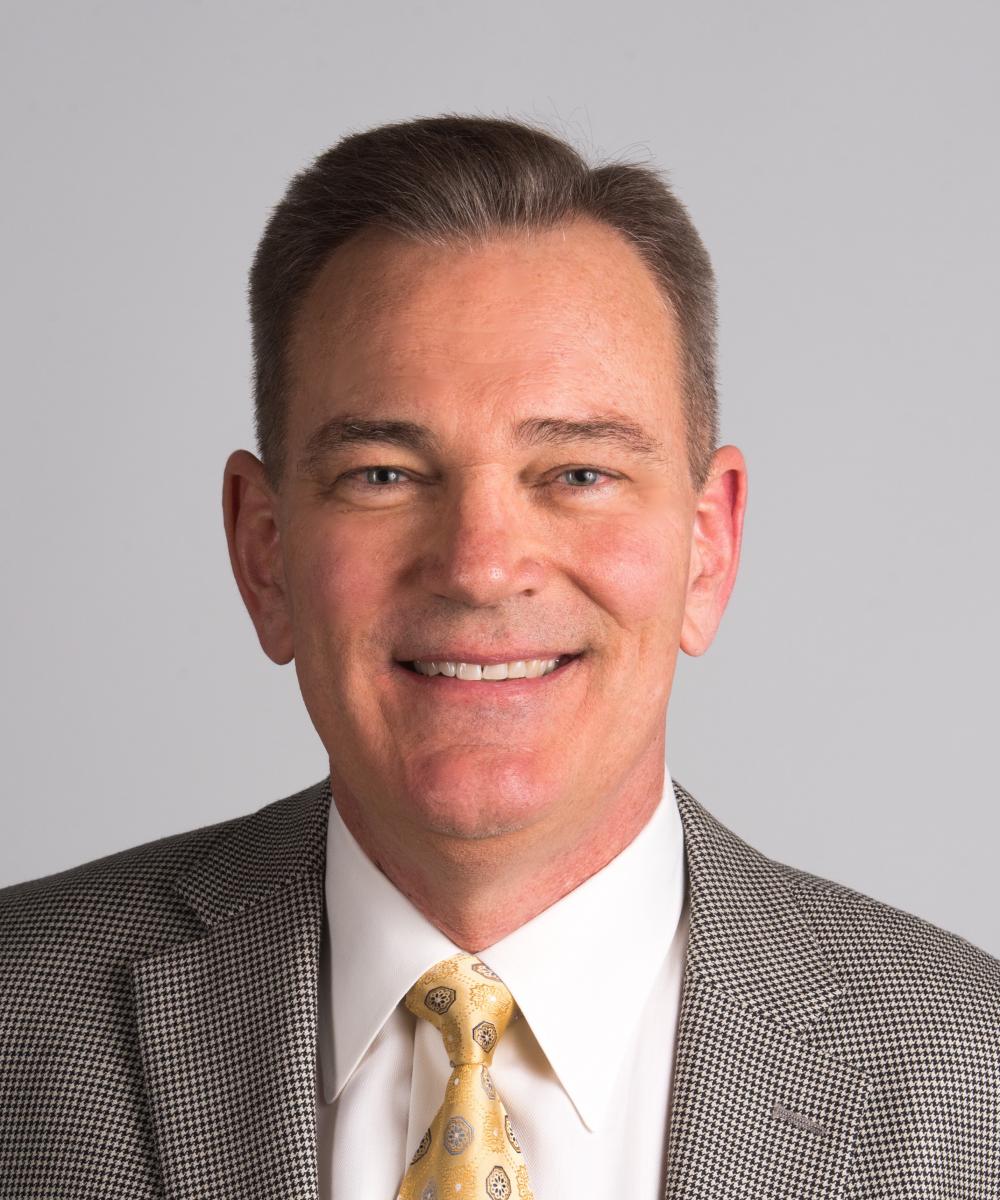 The research in the Voth Group involves theoretical and computer simulation studies of biomolecular, condensed phase, quantum mechanical, and materials systems. One of our goals is to develop new theory to describe such problems across multiple, connected length and time scales. Another related goal is to develop and apply new computational methods, tied to our multiscale theory, that can explain and predict complex phenomena occurring in these systems. Our methods are developed, for example, to probe protein-protein self-assembly, membrane-protein interactions, biomolecular and liquid state charge transport, complex liquids, self-assembly, and energy conversion materials. Our research is also often carried out in close collaboration with leading experimentalists from around the world.

Specific lipid–protein interactions are key for cellular processes, and even more so for the replication of pathogens. The COVID-19 pandemic has drastically changed our lives and caused the death of nearly four million people worldwide, as of this writing. SARS-CoV-2 is the virus that causes the disease and has been at the center of scientific research over the past year. Most of the research on the virus is focused on key players during its initial attack and entry into the cellular host; namely the S protein, its glycan shield, and its interactions with the ACE2 receptors of human cells. As cases continue to rise around the globe, and new mutants are identified, there is an urgent need to understand the mechanisms of this virus during different stages of its life cycle. Here, we consider two integral membrane proteins of SARS-CoV-2 known to be important for viral assembly and infectivity. We have used microsecond-long all-atom molecular dynamics to examine the lipid–protein and protein–protein interactions of the membrane (M) and envelope (E) structural proteins of SARS-CoV-2 in a complex membrane model. We contrast the two proposed protein complexes for each of these proteins, and quantify their effect on their local lipid environment. This ongoing work also aims to provide molecular-level understanding of the mechanisms of action of this virus to possibly aid in the design of novel treatments.

Water-assisted proton transport through confined spaces influences many phenomena in biomolecular and nanomaterial systems. In such cases, the water molecules that fluctuate in the confined pathways provide the environment and the medium for the hydrated excess proton migration via Grotthuss shuttling. However, a definitive collective variable (CV) that accurately couples the hydration and the connectivity of the proton wire with the proton translocation has remained elusive. To address this important challenge—and thus to define a quantitative paradigm for facile proton transport in confined spaces—a CV is derived in this work from graph theory, which is verified to accurately describe water wire formation and breakage coupled to the proton translocation in carbon nanotubes and the Cl−/H+ antiporter protein, ClC-ec1. Significant alterations in the conformations and thermodynamics of water wires are uncovered after introducing an excess proton into them. Large barriers in the proton translocation free-energy profiles are found when water wires are defined to be disconnected according to the new CV, even though the pertinent confined space is still reasonably well hydrated and—by the simple measure of the mere existence of a water structure—the proton transport would have been predicted to be facile via that oversimplified measure. In this paradigm, however, the simple presence of water is not sufficient for inferring proton translocation, since an excess proton itself is able to drive hydration, and additionally, the water molecules themselves.

The assembly and maturation of human immunodeficiency virus type 1 (HIV-1) require proteolytic cleavage of the Gag polyprotein. The rate-limiting step resides at the junction between the capsid protein CA and spacer peptide 1, which assembles as a six-helix bundle (6HB). Bevirimat (BVM), the first-in-class maturation inhibitor drug, targets the 6HB and impedes proteolytic cleavage, yet the molecular mechanisms of its activity, and relatedly, the escape mechanisms of mutant viruses, remain unclear. Here, we employed extensive molecular dynamics (MD) simulations and free energy calculations to quantitatively investigate molecular structure–activity relationships, comparing wild-type and mutant viruses in the presence and absence of BVM and inositol hexakisphosphate (IP6), an assembly cofactor. Our analysis shows that the efficacy of BVM is directly correlated with preservation of 6-fold symmetry in the 6HB, which exists as an ensemble of structural states. We identified two primary escape mechanisms, and both lead to loss of symmetry, thereby facilitating helix uncoiling to aid access of protease. Our findings also highlight specific interactions that can be targeted for improved inhibitor activity and support the use of MD simulations for future inhibitor design.

Resolving the Structural Debate for the Hydrated Excess Proton in Water

It has long been proposed that the hydrated excess proton in water (aka the solvated “hydronium” cation) likely has two limiting forms, that of the Eigen cation (H9O4+) and that of the Zundel cation (H5O2+). There has been debate over which of these two is the more dominant species and/or whether intermediate (or “distorted”) structures between these two limits are the more realistic representation. Spectroscopy experiments have recently provided further results regarding the excess proton. These experiments show that the hydrated proton has an anisotropy reorientation time scale on the order of 1–2 ps. This time scale has been suggested to possibly contradict the picture of the more rapid “special pair dance” phenomenon for the hydrated excess proton, which is a signature of a distorted Eigen cation. The special pair dance was predicted from prior computational studies in which the hydrated central core hydronium structure continually switches (O–H···O)* special pair hydrogen-bond partners with the closest three water molecules, yielding on average a distorted Eigen cation with three equivalent and dynamically exchanging distortions. Through state-of-art simulations it is shown here that anisotropy reorientation time scales of the same magnitude are obtained that also include structural reorientations associated with the special pair dance, leading to a reinterpretation of the experimental results. These results and additional analyses point to a distorted and dynamic Eigen cation as the most prevalent hydrated proton species in aqueous acid solutions of dilute to moderate concentration, as opposed to a stabilized or a distorted (but not “dancing”) Zundel cation.

Cells can detect and react to the biophysical properties of the extracellular environment through integrin-based adhesion sites and adapt to the extracellular milieu in a process called mechanotransduction. At these adhesion sites, integrins connect the extracellular matrix (ECM) with the F-actin cytoskeleton and transduce mechanical forces generated by the actin retrograde flow and myosin II to the ECM through mechanosensitive focal adhesion proteins that are collectively termed the “molecular clutch.” The transmission of forces across integrin-based adhesions establishes a mechanical reciprocity between the viscoelasticity of the ECM and the cellular tension. During mechanotransduction, force allosterically alters the functions of mechanosensitive proteins within adhesions to elicit biochemical signals that regulate both rapid responses in cellular mechanics and long-term changes in gene expression. Integrin-mediated mechanotransduction plays important roles in development and tissue homeostasis, and its dysregulation is often associated with diseases.

Chemical reactions constitute the central feature of many liquid, material, and biomolecular processes. Conventional molecular dynamics (MD) is inadequate for simulating chemical reactions given the fixed bonding topology of most force fields, while modeling chemical reactions using ab initio molecular dynamics is limited to shorter time and length scales given its high computational cost. As such, the multiscale reactive molecular dynamics method provides one promising alternative for simulating complex chemical systems at atomistic detail on a reactive potential energy surface. However, the parametrization of such models is a key barrier to their applicability and success. In this work, we present reactive MD models derived from constrained density functional theory that are both accurate and transferable. We illustrate the features of these models for proton dissociation reactions of amino acids in both aqueous and protein environments. Specifically, we present models for ionizable glutamate and lysine that predict accurate absolute pKa values in water as well as their significantly shifted pKa in staphylococcal nuclease (SNase) without any modification of the models. As one outcome of the new methodology, the simulations show that the deprotonation of ionizable residues in SNase can be closely coupled with side chain rotations, which is a concept likely generalizable to many other proteins. Furthermore, the present approach is not limited to only pKa prediction but can enable the fully atomistic simulation of many other reactive systems along with a determination of the key aspects of the reaction mechanisms.

Ab initio molecular dynamics (AIMD) and quantum mechanics/molecular mechanics (QM/MM) methods are powerful tools for studying proton solvation, transfer, and transport processes in various environments. However, due to the high computational cost of such methods, achieving sufficient sampling of rare events involving excess proton motion—especially when Grotthuss proton shuttling is involved—usually requires enhanced free energy sampling methods to obtain informative results. Moreover, an appropriate collective variable (CV) that describes the effective position of the net positive charge defect associated with an excess proton is essential both for tracking the trajectory of the defect and for the free energy sampling of the processes associated with the resulting proton transfer and transport. In this work, such a CV is derived from first principles using constrained density functional theory (CDFT). This CV is applicable to a broad array of proton transport and transfer processes as studied via AIMD and QM/MM simulations.

This paper describes the synthesis, characterization, and modeling of a series of molecules having four protein domains attached to a central core. The molecules were assembled with the “megamolecule” strategy, wherein enzymes react with their covalent inhibitors that are substituted on a linker. Three linkers were synthesized, where each had four oligo(ethylene glycol)-based arms terminated in a para-nitrophenyl phosphonate group that is a covalent inhibitor for cutinase. This enzyme is a serine hydrolase and reacts efficiently with the phosphonate to give a new ester linkage at the Ser-120 residue in the active site of the enzyme. Negative-stain transmission electron microscopy (TEM) images confirmed the architecture of the four-armed megamolecules. These cutinase tetramers were also characterized by X-ray crystallography, which confirmed the active-site serine-phosphonate linkage by electron-density maps. Molecular dynamics simulations of the tetracutinase megamolecules using three different force field setups were performed and compared with the TEM observations. Using the Amberff99SB-disp + pH7 force field, the two-dimensional projection distances of the megamolecules were found to agree with the measured dimensions from TEM. The study described here, which combines high-resolution characterization with molecular dynamics simulations, will lead to a comprehensive understanding of the molecular structures and dynamics for this new class of molecules.

Advanced Materials for Energy-Water Systems: The Central Role of Water/Solid Interfaces in Adsorption, Reactivity, and Transport

The structure, chemistry, and charge of interfaces between materials and aqueous fluids play a central role in determining properties and performance of numerous water systems. Sensors, membranes, sorbents, and heterogeneous catalysts almost uniformly rely on specific interactions between their surfaces and components dissolved or suspended in the water—and often the water molecules themselves—to detect and mitigate contaminants. Deleterious processes in these systems such as fouling, scaling (inorganic deposits), and corrosion are also governed by interfacial phenomena. Despite the importance of these interfaces, much remains to be learned about their multiscale interactions. Developing a deeper understanding of the molecular- and mesoscale phenomena at water/solid interfaces will be essential to driving innovation to address grand challenges in supplying sufficient fit-for-purpose water in the future. In this Review, we examine the current state of knowledge surrounding adsorption, reactivity, and transport in several key classes of water/solid interfaces, drawing on a synergistic combination of theory, simulation, and experiments, and provide an outlook for prioritizing strategic research directions.